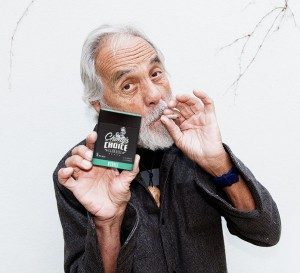 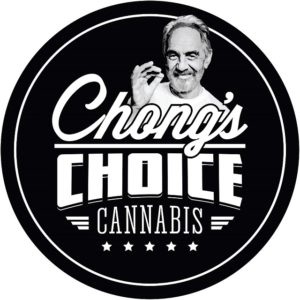 “When you hear the name Tommy Chong you immediately think of Cannabis. As one-half of the legendary comedy duo Cheech & Chong he helped pioneer a completely unique brand of comedy directed at the counter-culture movement of the early 70’s. The pair came to define a generation of young entertainers and single-handedly launched the genre of Stoner Comedy. And at the heart of this brand of entertainment was, of course, cannabis. On screen and off Tommy became a vocal advocate for his favorite herb. In a time where cannabis had to be talked about in whispers, Tommy was a loud voice for the advocacy movement, working tirelessly to destigmatize the use of this healing plant. Now that society has moved in a more positive direction regarding the medicinal and recreational use of cannabis, Tommy’s voice continues to ring out loudly, touting its benefits and place in society. His message has never changed, and his passion has remained as strong as it was on stage many years ago. Now Tommy is thrilled to share that passion and knowledge of cannabis with the rest of the world. Using his lifelong connections in the industry, he has made it his personal mission to share the very best product available with his fans and fellow herb connoisseurs. If anyone knows weed, its Tommy. And now fans of comedy and cannabis alike can experience the cannabis strains and marijuana products that Tommy himself has hand selected. There really is only one choice, Chong’s Choice. Now available in Arizona, California, Colorado, Montana, Oregon & Washington.“ 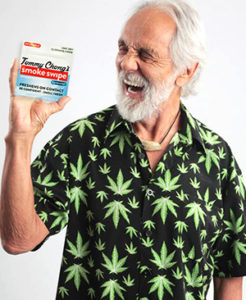 “‘While our culture is rapidly accepting cannabis consumption as a way of life, it’s fair to acknowledge that smelling like cannabis in many public settings may not be cool,” said Chong. “I could have used my Tommy Chong’s Smoke Swipe 10 years ago to save me from a lot of headache. Now, those who partake in it can keep it to themselves.’
The swipes are portable and reusable for those wanting to keep cannabis usage a private occasion. The customer simply places a swipe on his or her fingers, rubs the applicator across clothing to neutralize odors, and replaces it into its re-sealable package. Tommy Chong’s Smoke Swipe is available for $10.99 per 3-pack and is available in head shops and marijuana dispensaries nationwide.”
###
[contact-form-7 id=4913 title="Javo Contact Form"]