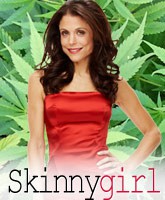 Bethenny Frankel, star of The Real Housewives of New York City and creator of the multi-million dollar Skinnygirl brand of low-calorie wine and liquor, is developing a line of Skinnygirl Marijuana. Her weed will NOT give smokers the munchies. Frankel was doing “market research” in Aspen, Colorado in December 2014 before officially unveiling her latest product launch, “Skinnygirl Marijuana,” in Alaska, Oregon, Colorado and Washington. Recreational marijuana is legal in all four of these states and marijuana laws are expected to legalize cannabis in more states over the next five years. 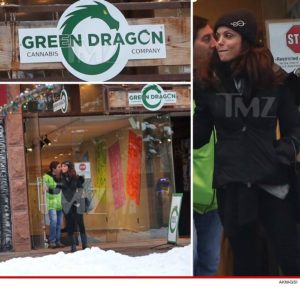 Bethenny Frankel: Skinnygirl Marijuana. Her weed does not give smokers the munchies.